Wednesday 16 May 2018, I did a thing. I went up the glorious and ever gifting Mt Wellington to find the Disappearing Tarn. We took some photos and I have written a bit of a diary about it to share with you. The fairy land inspiration was everywhere, and I was annoyed at myself for not taking some things up with me to get some cool photos..

The road was closed so we parked the car and started our trek from The Fern Tree Tavern – which is looking like it’s been spruced up a bit under new ownership (going to have to pop in for a pub meal soon). My friend Jess was carrying her almost 3 year old and oh so sweet Rosa, on her back in her Ergo. I had the backpack with our food and water supplies. Our thighs started burning within about 100m of the sludgy steep incline of Middle Track and we wondered if we were making good choices. We pushed on and made it to The Springs full of vigour and our heels had started to irritate us, hindsight we should have worn runners and not half worn in boots and in Jess’s case, new boots. A handful of lollies, drink of water and toilet stop later, we checked the maps and took off for Milles Track.

The sign said 7hr return for Wellington Falls, uh oh. It was about 11:30am and we had to be back at The Fern Tree Tavern by 2pm to get to school pick up in time for our older children. We figured we could press on for an hour and see how close we got to the Disappearing Tarn. It isn’t marked so we didn’t know how far in to go. Getting close to our turn around time we met some walkers heading back and they told us it was only another 40 minutes. We rang our husbands to arrange alternative school pick ups so we could push on – Were we ever going to do this again? Not anytime soon. The disappointment of not achieving was looming but the husbands pulled through for us and we trekked on.

We made it to the Disappearing Tarn shortly after, a few stumbles on the boulders but no twisted ankles. My oh my, It really is a little bit magical there. There is no earth, it is all boulders, speckled with fungi and lichen and it resembles bird poo. (I’m a real image builder, hey?) There are trees growing in the base of the Tarn and they look like a group following the leader, marching through a valley. The debris lining the sides of the Tarn give you an idea of how high it was, I would estimate it has dropped by 3 meters already. The blue/aqua hue is bizarre and beautiful and I think is what makes it magical. It could be clear or brown coloured and it would be just a boring puddle on the mountain. The urge to dive in was there, so inviting. It would be a glorious swimming hole in summer time but hypothermia wasn’t on my to do list that day, so I refrained. It was quite windy as there is no tree protection, we felt the cold settle in once we had stopped walking and the wind caught us. We ate our lunch and had a little explore, I filled my water bottle with Tarn juice and we bid farewell and started back.

The rocky trek back for the first 40 minutes was really hard after our brief rest, there was no even footing for about 1.5kms – we didn’t seem to notice it so much on the trek in. The views are patchy but there are maybe 2 or 3 spots where you get a sensational view of Kingston – Margate and Hobart – Kingston. We managed to spot my house in the distance. Little Rosa had a short nap at about that point and she woke up very chatty and started telling us about crocodiles on the mountain, any other child would have thrown a fit at being in a pack for 3 hours, Rosa is a star. By the time we got back to The Springs our feet were truly hurting and we had both adopted a funny gait to compensate. We did banter about jumping on the back of the council workers ute we’d seen for the last leg. Another brief rest and recoup at The Springs and we headed back down Middle Track. The last 100m was probably the most painful, we could see the buildings through the trees but it felt like forever away, I contemplated rolling down the last bit, Jess told me to do it so she could laugh at me. We made it though and we are so proud of our efforts. We walked 11.8km in 3.98 hours moving time and the total trip with breaks was 5.45hours. Not bad for a runner carrying a toddler and a crafter whose exersize regime consists of coffee making. Next time, we are going to park at the Springs though and wear our runners and see if we can’t get to the Wellington Falls. 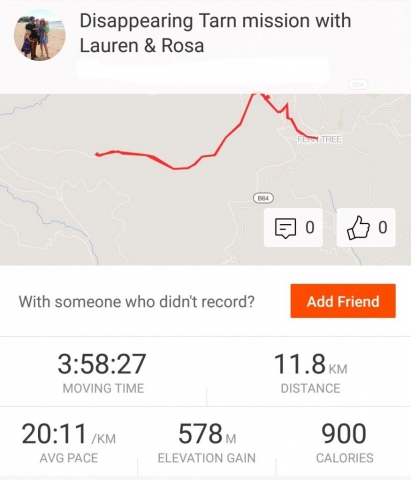 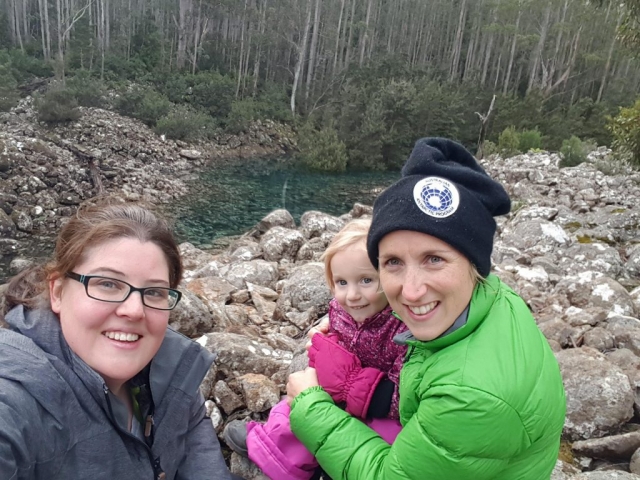 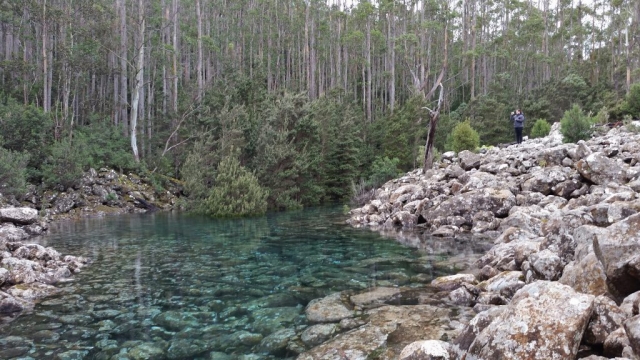 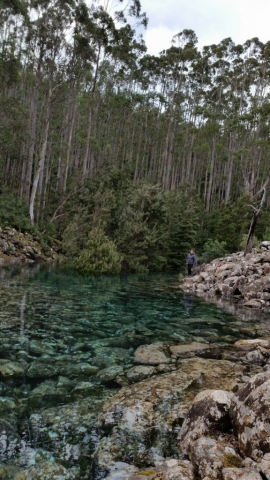 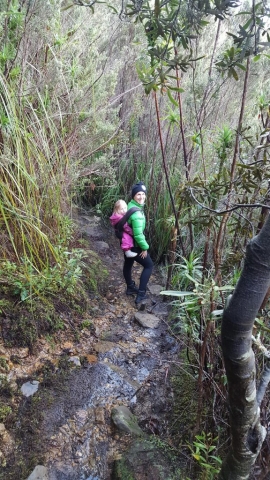 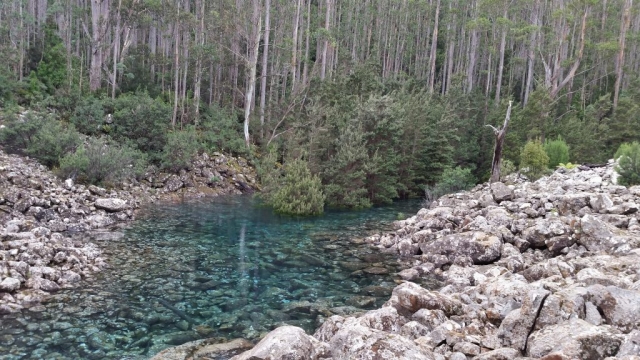 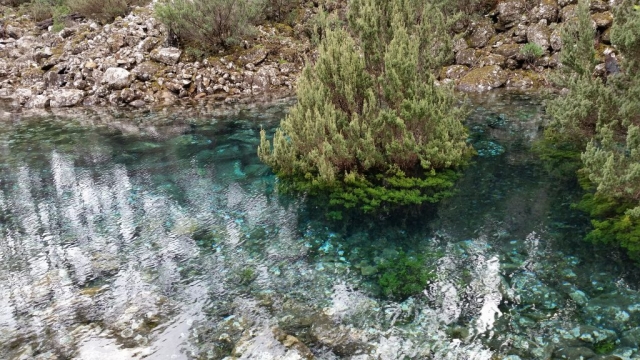 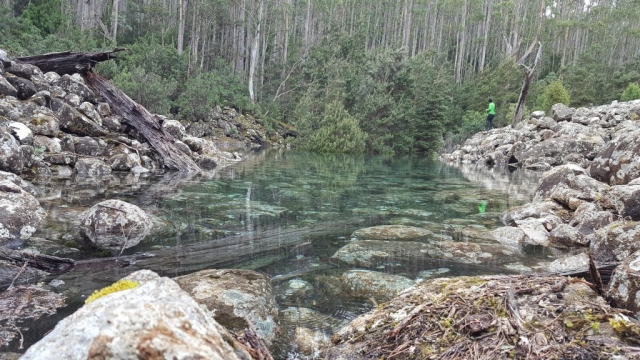 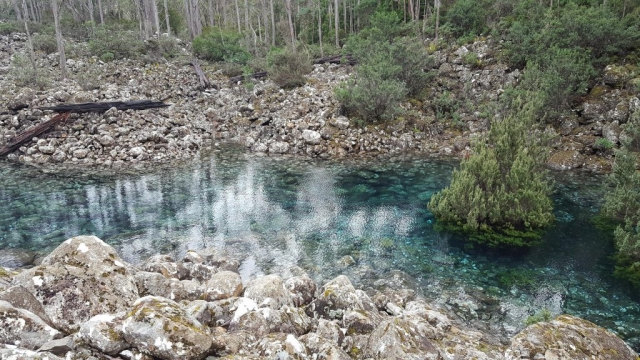 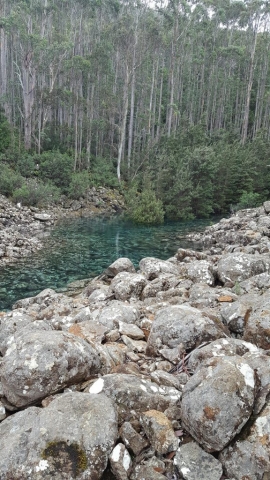 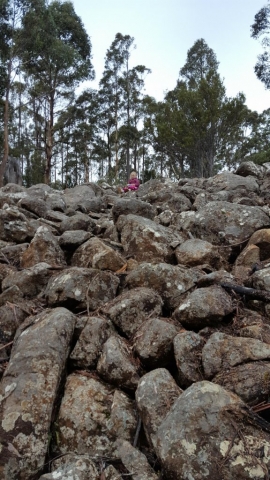 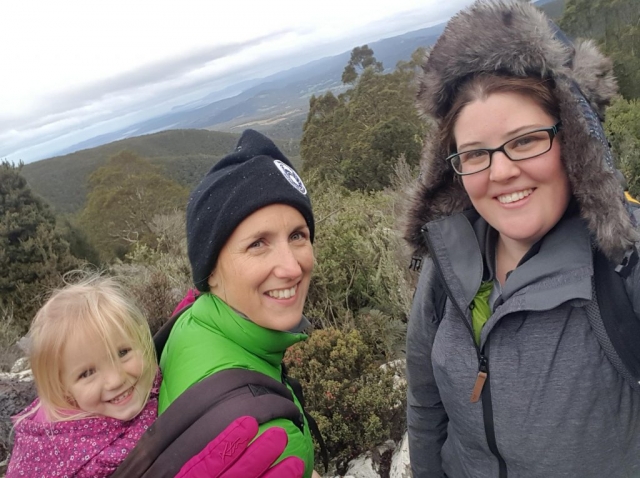 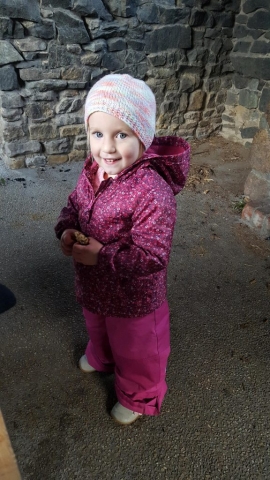 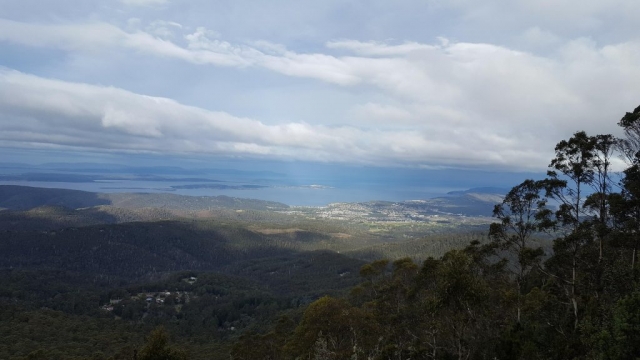 About the Author: Lauren